Cinch was founded in 1986 by John Anderson. John was a yarn plant manager in the mid 80’s and struggled with getting replacement parts for twisters and heatset machines in a timely and cost effective manner. John decided to do something about this so CINCH was born in a spare bedroom in his house. In 1991 he built the current location at 265 Carbondale Road Dalton Georgia

John Anderson ran CINCH until his untimely passing in October of 2016. CINCH is now a minority woman owned business. Marty Anderson is the CEO of CINCH. Bart Rich joined the company in April of 2017 as President. Bart is married to John’s youngest daughter Ashey Anderson Rich. Bart has spent the last 20 years in the flooring industry working for companies such as Shaw, Mohawk and IVC. 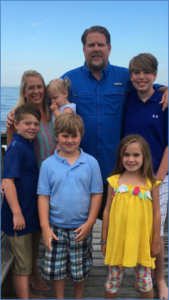